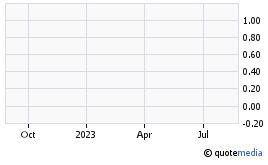 Subscribers were alerted to Talison Oct. 7th 2010... Up 10% since Thursday alert.
Talison Lithium IPO took the market by silent storm over the last 2 weeks trading just above the IPO mark of $3.50, but after releasing strong year-end production results on Tuesday, the market has taken TLH to $4.93, a $1.15 run since Tuesday. Will things cool off for TLH or are they just heating up? Considering TLH hasn’t traded over 500k volume and is moving up, I would suggest that the market hasn’t caught wind of TLH. Being the world’s largest pure play lithium producer, TLH is certainly going to be the focus of a lot of funds as many see a perfect storm brewing in lithium.

With the electric car just around the corner, lithium is a commodity that will be in rising demand going forward. Lithium powers everything that we find necessary today such as the majority of our electronics including mobile phones and computers. It is definitely a commodity that will continue to see rising consumer demand, and if the electric car does indeed become mainstream and affordable to the general public, it will certainly put in place the perfect storm for a dramatic rise in lithium prices.

What is the best way to profit from this coming wave of increasing demand for lithium? By taking advantage of a cheap IPO and getting into the biggest pure lithium producer on the planet…!!!!

Peter Oliver, CEO of Talison says…“I can see the lithium market doubling, tripling, quadrupling, I guess the biggest issue is timing… and I don’t think anyone can predict that”

Well I think I can… Just look at how many electric cars are being produced, the rate of increase, and of course, planned production. Currently, electric vehicles only drive a negligible portion of the lithium industry, but that is seen to change soon as countries like China lead the charge in pushing towards alternative energy vehicles. China’s demand for lithium increased by 10% last year while the rest of the world’s fell off. Once you add North American and European demand to increasing popularity in electric vehicles, you will have your perfect storm as demand will then outpace supply.

Talison is cheap with a very low capex for producing 25% of the world’s Lithium and planning on increasing capacity by 50% at Greenbushes and fast tracking a brine operation in South America. TLH is well positioned to take advantage of this brewing perfect storm. Of course, it will only happen if and when electric car production goes mainstream.
Posted by Unknown at 7:41 PM